This write up is to highlight an under-appreciated business and management team within the industrial space, and to update on COVID impact and on the potential for value creation in a sizeable acquisition. Post-COVID, the market’s initial distaste for cyclicality and financial leverage was followed by a shorter-tem mindset regarding the pandemic impact. We believe these combined to obfuscate an otherwise compelling medium-term opportunity, as a management team with a stellar execution track record announced in March 2020 the purchase of a competitor and leader of an adjacent space, Mobile Mini (MINI).

While this is an asset heavy company, it has the right combination of factors that make it a solid investment as such: a stellar moat with pricing and contracting power, combined with a long runway of high ROIC reinvestment opportunities (industry consolidation and asset investment).

This is a deleveraging transaction and creates a powerhouse company in a fragmented industry, leading to extensive synergies and pricing power. Although COVID and recessionary effects may impact near-term numbers, WSC has idiosyncratic drivers to keep earnings growing through any economic environment ($50mm of synergies and ~$100mm of rental rate growth over the next 3 years). Our industry checks have been extremely positive around the combination of WSC + MINI and their ability to win in the marketplace. We believe this $15 stock should be ~$20 in the near-term, as the merger closes, and as high as $30 as the company executes on its integration and growth plan over a 3yr period resulting in a ~25-30% IRR.

Willscot (WSC) is a modular space and portable storage provider in North America, which came public via a SPAC in late 2017. The Company leases standardized metal “boxes” that have been converted to serve as offices, classrooms, or storage units. The modular space is used in a variety of end markets, including construction, manufacturing, education, retail, and energy. Space is put out to start on single year leases, however the average customer usage of a box is almost three years. WSC has substantial pricing power to raise rates by 10-20% in year two, since its offerings often represents a fraction of the overall cost of a project (~50 bps), but are completely vital to the project. WSC and its competitors also receive fees for both the delivery and removal of their product. These costs, along with considerable inconvenience, act as a deterrent to switching providers. Management describes their offerings as the first piece of equipment on a job site, and the last thing off. 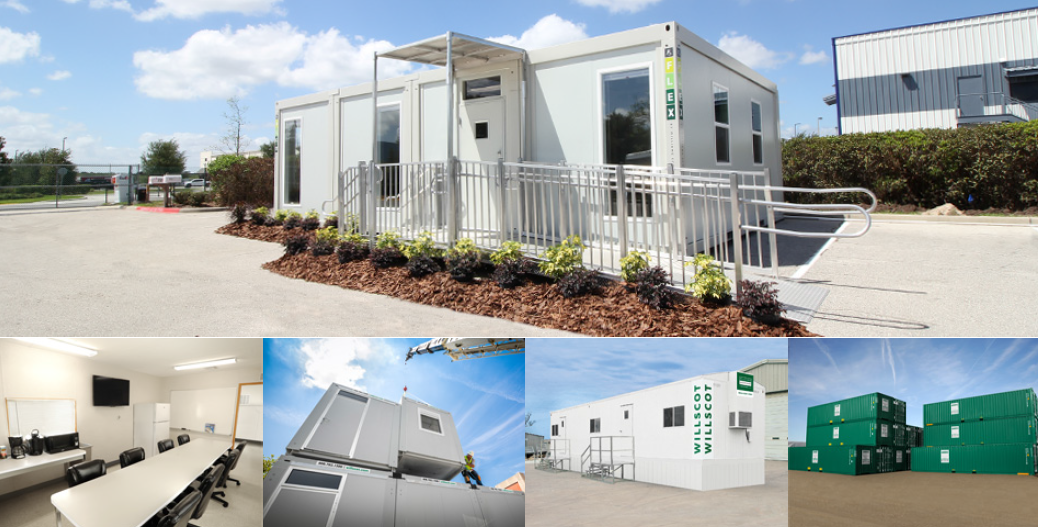 The SPAC that acquired WSC took advantage of the financial distress of its former parent, Algeco Group. While Algeco operated a similar business in Europe, the North American arm was easily carved out and sold to pay down debt. Under Algeco ownership, its Willscot arm exhibited some classic dynamics we often see and love with traditional spin-offs: capital starvation and lack of strategy and focus. This was immediately remedied as WSC became a newly public company and management embarked on a substantial transformation strategy. In two years, the company has doubled revenue through acquisitions and caught up on growth capex. EBITDA has grown even faster, via deal synergies and increased rental rates.

WSC’s share price has been volatile since coming public, despite its underlying results being very steady. The market has tended to sell off WSC when there are macro concerns around cyclical and levered companies. However WSC’s results and execution have been very steady.

Results have been growing as WSC has allocated capital to two strategies:

Both prongs of this strategy have very impactful EBITDA drivers, and offer substantial visibility to continue growing EBITDA at double digit rates for years (~10% per year). An additional, but less visible driver is the potential for pricing improvement resulting from a more consolidated industry. The ModSpace deal closed only 14 months ago, so these benefits should continue to show up over the next 2-3 years as leases come up for renewal.

WSC’s thesis, along with our industry checks both confirm the same thing: This combination makes perfect commercial sense. MINI is a business that focuses on portable storage containers. WSC has a small portable storage business adjacent to its modular space business, and the dynamics and customer base of the two industries are very similar. Our conversations highlighted a few key points on the overlap:

As one former WSC employee told us, this combination is really a monopoly and the only reason regulators don’t see it that way is because one sells office boxes and one sells storage boxes - despite the base boxes being exactly the same.

As part of this complementary transaction, WSC expects $50mm of merger synergies to be achieved, 80% of which will be completed within 24 months. The synergies here are achievable - back office and corporate spend optimization, along with optimizing the branch infrastructure where there are geographic overlaps. As mentioned above, WSC already has a track record of achieving $70mm of synergies ahead of plan over the last two years.

COVID is currently having a mixed impact on WSC - and while we don’t know where things will ultimately shake out, we applaud management for clearly laying out the scenarios. Broadly speaking, WSC and MINI are recession resilient as far as FCF. In an economic slowdown, volumes on rent will go down. However, the business model is resilient in two ways:

Looking at history, prior to the last recession from 2004 to 2007, WSC averaged $195mm of EBITDA and $120mm of capex per year. As the boom of the housing and construction cycle reversed, WSC reduced spending 79% from $120mm per year down to $25mm per year in 2008-2011. Although EBITDA averaged 8% lower ($180mm in 2008-2011), EBITDA less Capex was higher by more than double. As growth started to return, WSC slowly increased Capex commensurate with the EBITDA levels they were seeing at the time. In total, the Company generated a healthy $1.3bn of EBITDA minus Capex over a 14-year period through 2017 (for comparison, WSC’s 2017 purchase by the SPAC was for $1.1bn).


Currently, management has laid out the impact from COVID, along with clear scenarios around further downside in their model. Capex has also been adjusted accordingly. At a base case 25% demand shock in Q2, and an overall 10% revenue reduction for the year, WSC EBITDA is still growing at ~5% YoY due to price increases, VAPS penetration, and previous merger synergies. A further downside having a 30% reduction in demand through Q4 leaves WSC with $357mm of EBITDA, versus their base case of $412mm (-13%). On top of these ranges we would add MINI’s EBITDA (at similar ranges) as well as deal synergies once the deal closes. . In total, this provides significant support to see growth in earnings even in a major downturn scenario.

We look at valuation/returns for WSC in a few ways: